Action Plan for a short-term project:
Before summer holidays - hold a session with the current class seven (the group who will have their computing induction in September 2016) to find out their current needs/ concerns/ levels of awareness.

Will update the blog in October!
Posted by Unknown at 15:53 2 comments: 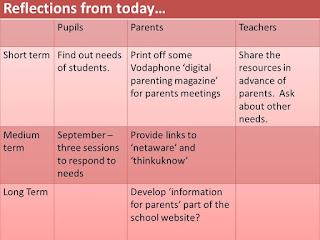 Teachers – Short Term – Up skill staff and enable them to have a better understanding of their own digital footprint
Medium Term- Enable staff to have the confidence to expose pupils to the online world effectively and safely
Long Term – Increase the use of IT throughout the school by developing the staff digital competency.


Long Term- Ensure that parents are able to engage better with the PRU and enable a dialogue to be meaningful and constructive to help support the pupils at the PRU.
Posted by Chris Aplin at 15:31 No comments:

Here is a brief update on the blog post of Digital Citizenship at SAH, that we posted on the 26th of January. 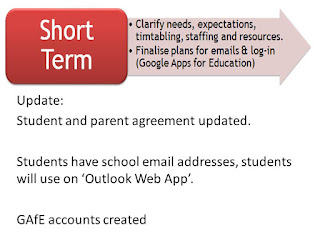 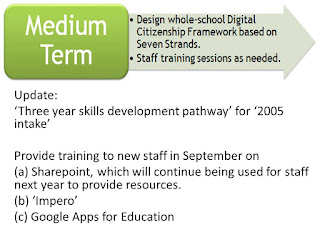 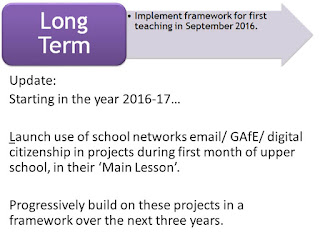 After today's session I have thought about various things that could be implemented in future at school:
Pupils:
Teachers:
Parents:

Its been a number of months since we last attended the Wise Kids training however I have been pretty busy trying to implement my ideas at the PRU.

I have been trialing the use of blogging with a couple of pupils at the PRU and hopefully use those pupils to help me introduce and develop blogging with other classes. Given the specific behavioural difficulties that pupils have who attend the PRU, initially it was a difficult task. I found the main barrier to their learning was their low self esteem and the 'I will never be able to do that' attitude. I broke down the sessions into 30 minute workshops with two pupils rather than a more formal lesson structure which allowed myself and the pupils to problem solve together as a group rather than being too teacher led. This built up their self esteem and promoted a culture of trust between us all. There was no stopping them once they had learnt how to set up a blog and understood the purpose of blogging. The pupils chose the topics of 'off road biking' and 'minecraft' I''m sure that you can see that their interest was captured by the ability to blog about a topic which they had a passion for and were very knowledgeable about!

The pupils created their own blogs and enjoyed the whole experience.

My next step is to roll blogging out to staff at the PRU and see where they take it with their own classes. I will update the blog as it develops in the new academic year.
Posted by Chris Aplin at 15:05 1 comment: